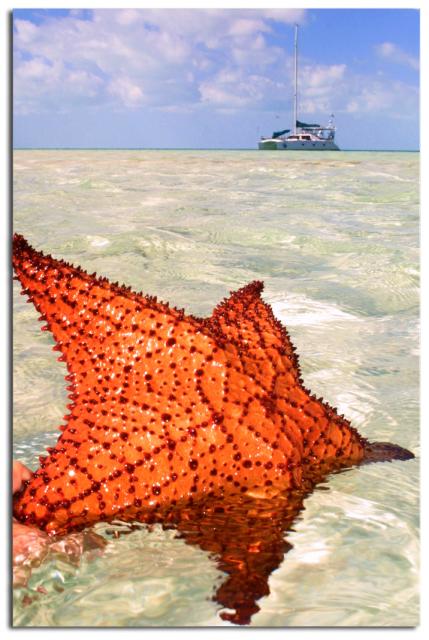 SlowFO, a term I've coined, is a way of thinking about our craft. We tend to obsess with doing things faster in photography. All too often, a faster speed subverts our mindfulness and creativity. Instead, when we choose to be more careful and deliberate, we can take greater satisfaction from the process.

SloFO is an attitude of mind. It is the practice of taking the time to think and feel as you create images. When we look up and about from our cameras, and are continually aware of the events and beauty around us, we are doing SloFO, in a timeless flow with our film photography. 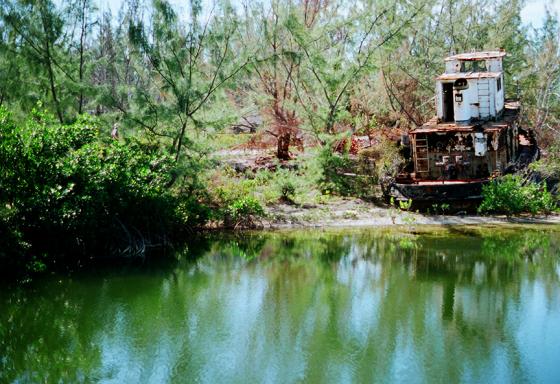 While, SloFO can be done anywhere, these images were shots on two Bahamas islands: the Berry's and Long Island.

At the end of this article, you'll find 5 tips.
If you are a video person, and would rather watch a vid on SloFO and Slow Photography, check out: ( https://youtu.be/C8xpnx33EZo ) 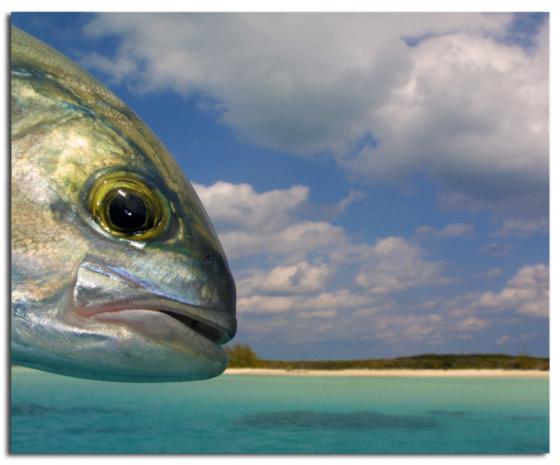 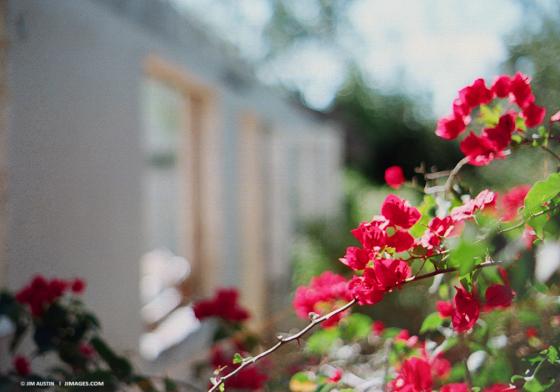 ON ISLAND TIME: THE BAHAMAS

Creating photographs slowly in the Bahamas was a pleasure; the abundance of sunlight and clear, shallow water created sparkling highlights in the water. The pictures here were made in the Berry Island and on Long Island. ­­­­On a shallow-draft sailing catamaran, we set out northwest from Nassau to 3 islands; the Berry Islands, Eleuthera and Long Island.

Just about 120 miles east of Miami Florida, the Berry Islands are a paradise with few visitors. About 30 large cays (pronounced keys) and hundreds of smaller ones make up the region. Carved by receding glaciers, rainfall, runoff and erosion, these islands rest like teal gems set in a blue Atlantic. 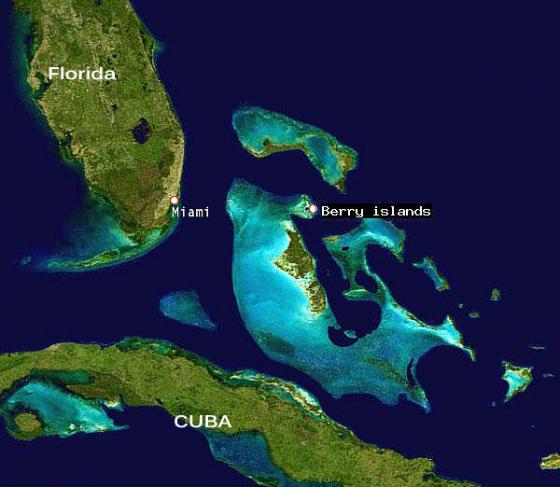 Instead of just shooting the mesmerizing colors of the water itself, we found leading lines at the water's edge to create compositional depth. The shapes of the shoreline and its marine life created compelling seascapes. We looked for textures in closup views of marine life. Textures were everywhere: from the rough limestone iron shore to the studded surface of one foot wide red starfish.

Just off the beach and below the water, a forest of sea fans bent over in the current. On land, colored shells were strewn along the pink-sand beach. Sea grape and an occasional coconut palm grew on the shore. These trees gave shelter to birds including banaquits, osprey and herons. 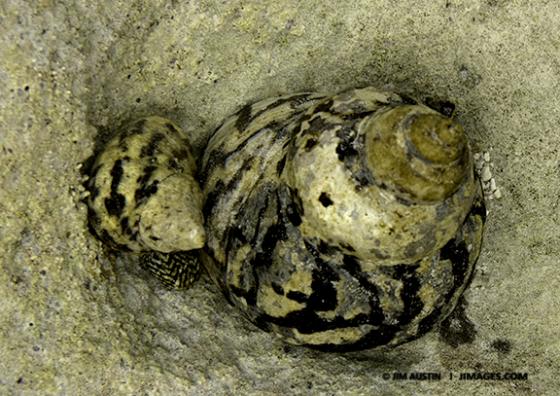 Where there are necter-bearing flowers or cactus birds appear;  the Bahama Woodstar Hummingbird and the Cuban Emerald Hummingbird are common. Bright sunny conditions in December and January allowed for shutter speeds fast enough to freeze American oystercatchers on the ironshore. 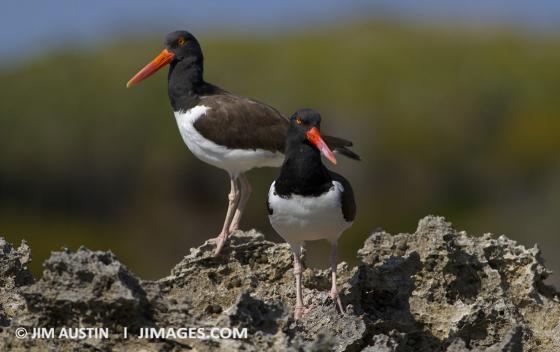 White waves pounded the open ocean side of the Berry islands. Along the shore chitons, limpets and sea urchins held tightly to the volcanic rock. Bleeding-gum narite snails commuted along the sand and left winding trails. With small colorful snails everywhere you look, macro photography with the camera on a tripod could take place at a leisurely snail's pace.

On Long Island, while hiking near the beach, we found the wreck of a tugboat named Carmen. She was beached during a hurricane. Hiking light with a small tripod, I loaded Fuji 400 in the Konica AutoReflex T. 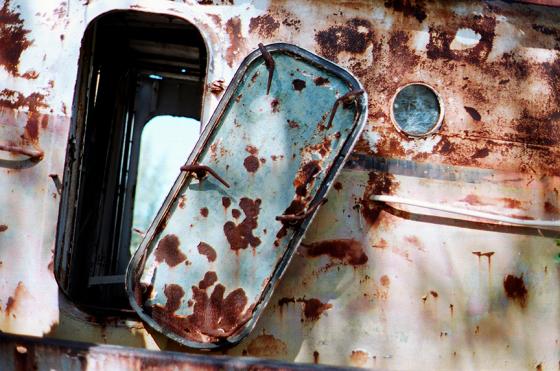 Later, on the island of Eleuthera, I photographed the ruins of the WP Stewart mansion with a Nikon n90s and Fuji 400 film. 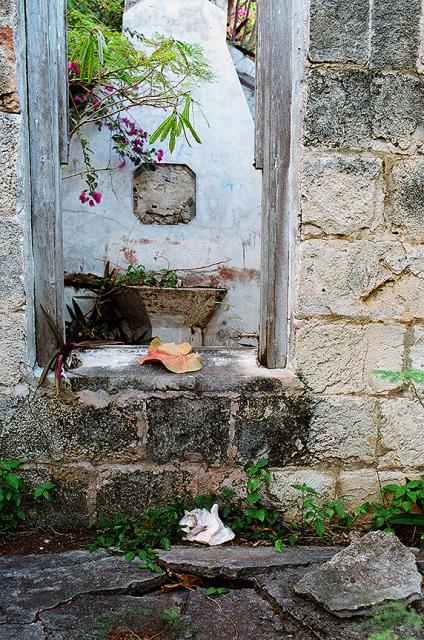 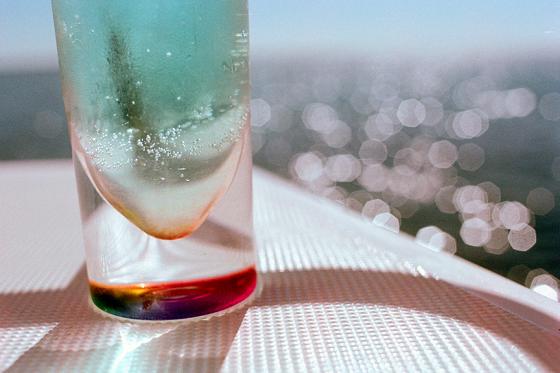 1. Take more time. If you can, use a tripod. Pace your film and set your drive to Single shot. Breath, slow down. Practice simplifying your compositions. Ask " Why am I making this image?"

Photographs need not be busy. Reducing the number of visual elements in each picture makes them more vivid. When the light itself is so scintillating, an image can work with just sky and water alone to convey a sense of place. Using your tripod and film will help you make more thoughtful deliberate compositions, in part because film changes your capture rate, and tripods help you relax and slow down.

Use a low ISO. Since there was abundant light, its easy to use your ISO 6 or 12 film. For digital, I used Nikon's new ISO 32 setting.

Take your circular polarizing filter. It cuts sun's glare on the water for film and digital photographs. A circular polarizer also brings out the color of plants and intimate landscapes. I keep one permanently mounted to my 28 mm f/3.5 PC – Nikkor shift lens,

Because of salt moisture near the waves, carry gear and lenses in your choice of Pelican case, Ziploc bag, or other protection. Use silica gel packs. When a rogue wave drenched my SLR as I was photographing tide pools, a product called Salt-X came in handy ( saltx.com ). I rescued my old Nikon by wiping the salted gear with diluted Salt-X, then rinsing it off carefully and drying it in the sun.

Bottom Line: SloFO is the process of stopping, staring and pondering to think. It matters little where you are, or what gear you own, if you are not perceiving the reality, beauty and events around you. SlowFO emphasizes design, mindful vision, and the happiness that comes from continual effort with our photography. 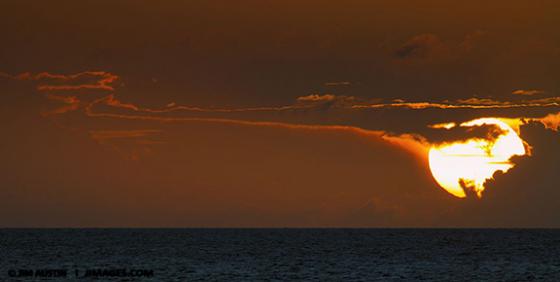 Jim Austin Jimages is an FPP super supporter and regular contributor to FPP, its Flickr site, and its camera schools. This is his 10th article for the website. Austin taught photography in the Design Department at Colorado University in Denver before discovering the sailing catamaran Salty Paws, a boat upon which he lives. Jim welcomes students to his creative photography workshops on location from the Bahamas to the Canadian maritimes.