The year is 1951, Alice in Wonderland has just hit the theaters in London. The Korean War is in full swing. The average cost of a new home in the US was $9000, and this box of Kodak Velox has just expired. 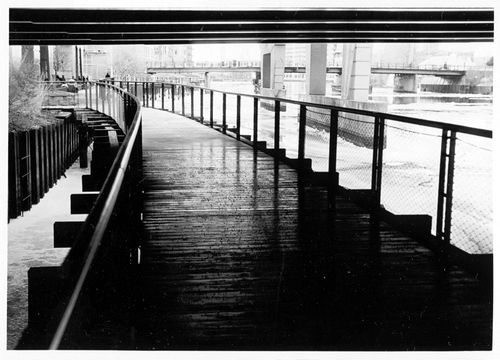 Kodak Velox Rapid paper was a fiber based photographic paper used to create prints from photographic negatives. the F3 designation means that this is a medium-high contrast paper, best used for negatives a little on the under exposed side. The F means glossy, the 3 is the contrast designation. Single weight refers to the thickness of the paper base. Single weight means “Damn thin”. 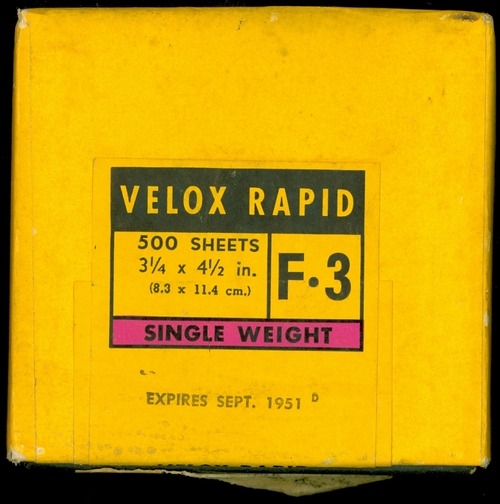 Why is all this important? because through some strange twists of fate, I was able to get my hands on this sealed, cold stored box of Velox that has been expired for Sixty two years. Most people would consider this a cute antique and just throw this in the book case between Moby Dick and that torn up Kodak 1a folding camera you found under your grandfather’s bed after he moved to the home. I, on the other hand, am crazy enough to think this might be something I can use.

Would this be a journey of discovery filled with adventure and self realization? The kind of thing that ends with me staring out a train window as I rumble across the great plains contemplating my victory and lamenting the losses I suffered for it? Most likely not, as I’m an early 40’s man perched on a small wooden stool next to the toilet in the dark. I’m not saying a great adventure can’t start that way, but we all know it usually doesn’t. 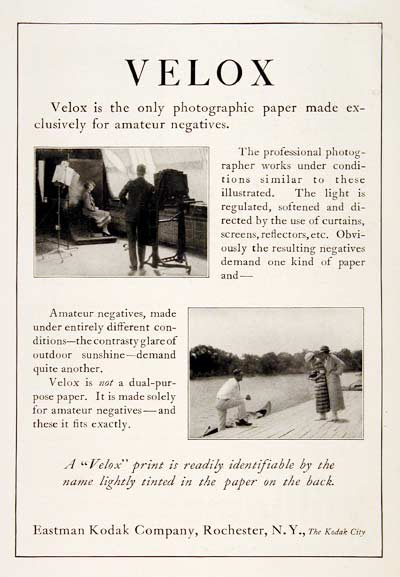 Some of you might be wondering why this is such a big deal and why something like film or paper even has an expiration date?

What you need to understand is that photographic paper and film are generally based on a silver halide gel chemistry. This means that the light sensitive chemical mixture in paper and film are suspended in gelatin with a few added little things before being applied to the base paper or plastic during manufacture. This is the same gelatin as found in products such as Jello. The same green Jello you eat at 3am while watching monster movies on that channel no one watches at any other time.

The gelatin and chemicals have a recommended shelf life before they begin to degrade and ~theoretically~ become unusable. Often times you will see old film begin to show a color shift and lower sensitivity. To a certain extent these effects can be slowed down through refrigeration and proper storage. Sixty two years is certainly pushing the envelope well beyond reasonable limits.

I have been shooting my way through the huge pile of cameras I have acquired recently and have managed to produce a fair stack of negatives. I picked a few of my favorite images and hit the dark room. When I say darkroom, I mean the bathroom in my house. It’s a “dark” room in many metaphorical ways. I have the trays in the tub and the enlarger off to the side. For the developer, I use liquid Ilford Multigrade paper developer because I can mix it in single tray batches without having to store huge bottles of mixed chemistry that will just go bad before I can use them up. Other than that, I just use a plain water stop bath and regular Kodak Fixer.

I started by making a test print to check for exposure times. I load a negative in the enlarger and a strip of paper in the holder, then I cover all but roughly 1/10th of the paper. I expose this for two seconds, then move the cover over slightly and expose it for another two seconds, and repeat. By the time I’m done, I have a series of exposures ranging from two seconds up to about twenty seconds on one strip. When developed this should tell me the rough ballpark for proper exposure time.

I threw the strip jauntily into the developer and after a minute or so, it was still blank. Nothing. This is generally a bad sign, as I should be looking at some sort of image. While doing my best to keep the tears welling up in my eyes out of the developer, I contemplated what to do next.

One potential problem with old products is that as a sign of aging, the relative ASA (sensitivity to light) of a gelatin based material declines over time. Modern papers would usually take an exposure somewhere in the 2-8 second range. At Sixty two years old, I figured that much like grandma backing her land cruiser out of the driveway, I might have to give it a little more time. I exposed another strip with much longer times from four seconds up to two minutes. After developing, I had some results!

It appeared that the paper was about five stops slower than your average modern RC paper. I won’t go over the math as that is super boring, but this means that a normal exposure of two seconds would be just over one minute on this paper. I put a fresh sheet in the enlarger, gave it one minute and presto! 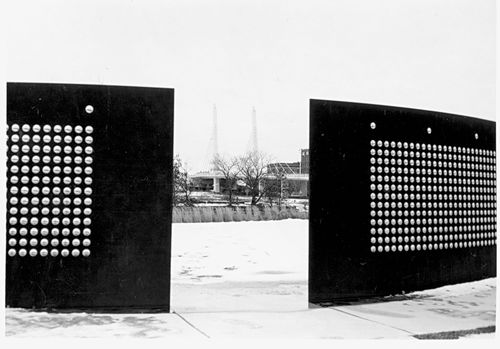 The tonal range and image quality from this paper is still incredible after all these years. The blacks are so much more … black. Since it was after midnight at this point and things were getting wobbly, I processed a few more frames and quit for the night. Check out the gallery at the end of the article for more images.

I think a huge part of the fun in shooting with old cameras and materials is experiencing the unexpected results of time and manipulation. With this beautiful Velox, every print is a treasure not only because of the image, but because of the story that comes with the physical print. Once the paper is used up, that will be it, and the story will be over.

I like to play with new ideas and trying materials in ways that they are not quite designed to be used. As this paper is roughly the same size as quarter plate film, I might try loading a few sheets into some film holders and shooting them like film with my 3 1/4 speed graphic. This will hopefully create what is know as a paper negative that I can contact print into a positive, no enlarger required. Bonus camera nerd points acquired if I pull it off.

Never be scared to try things that should not work and never give up experimenting. Despite how tired I was at the time, I was very happy and satisfied that I was able to get something beautiful out of this box. It’s as though something magical had been hidden away for the last six decades, and I was the one who finally discovered it. I’ll keep adding images to the gallery as I crank them out.

Additional reading - "Return to the Past - Collecting and Developing
Antique Photographic Paper" - http://unblinkingeye.com/Articles/AntiqueP/antiquep.html