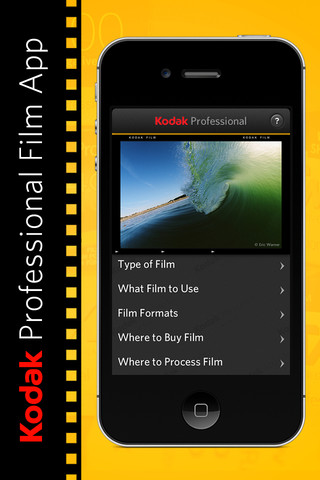 Perfectly poised for a new generation of new, tech-savvy film shooters worldwide, this app is a one-stop guide to learning about, finding, and processing your Kodak film. Inside the app, you'll find:

What Films to Use -

Where to Buy Film -

Where to Process Film -