110 is back! The Film Photography Project predicted that 2012 would be the year of 110 film, and they were right. The format gained popularity through the 1970s when Kodak introduced the format based on the subminiature 16mm format. My very first camera was a 110 camera that I used a grand totally of twice before it broke. So when all this hype about 110 was brewing through the FPP, I sort of shy'd away from it. There are better formats in my mind. Now allow me to eat my words. 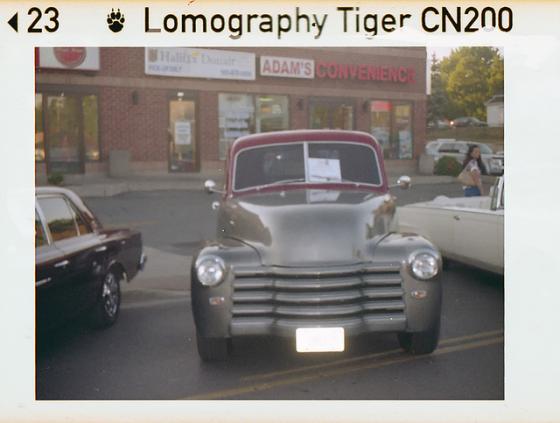 Still, the question remained who would make the film? Sure FPP had found a stash of Fuji 110 film and was selling it through their own store. Kodak was out of the question, their machines had been lost to the ages (noted on a 2010 episode of the FPP). Impossible Project? They are focused on instant photography. But then in steps the only company that really made sense…Lomography. 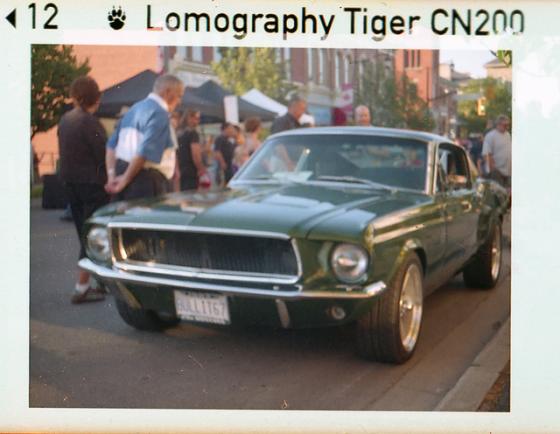 Their first product (which I did not get to try yet) was a Black and White film stock called Orca 100, then just recently a Color stock - so once I had secured a 110 camera from my friend James - a Minolta AutoPak 450E - we headed to Toronto's Lomography store (in full 1812 British Army uniforms, but that really doesn’t factor into this tale) and grabbed a couple cartridges. At least Burlington Camera still processes the film. As for scanning, I sort of rigged up an old 35mm carrier from an old scanner and just set it on my V500, the results, good. Some grain which is to be expected from such a small format, excellent colors - I just need to work on my focus… 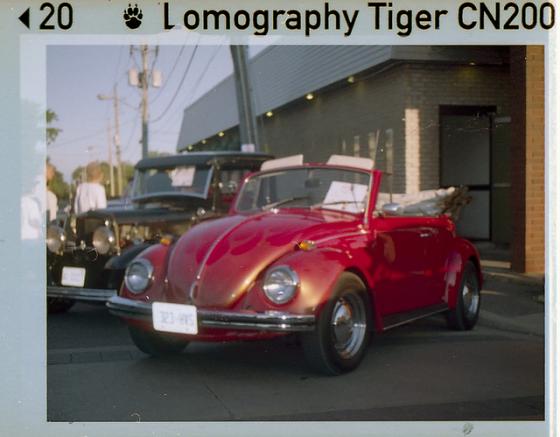 The camera caught the attention of many people who was at the Cruise night as well, in the world of bigger and bigger cameras and sensors, sometimes going small can be a good thing, plus the chance to strike up random conversations about film with strangers. Also my good friend and fellow Film Photographer (and founder of the FPP) wrote a great piece on 110 as well: Michael Raso: 110 Film Here and Now. Have an 110 camera that works? Looking for the film: Orca 100 (B/W), Tiger CN200 (Colour), 110 Film at the FPP Store!

All photos by Alex Luyckx (except top photo), shot with a Minolta Autopak 450E and Lomography CN200 Tiger film.