A Polaroid Automatic Land Camera cuts a distinct figure that people can’t help but notice. After their introduction with the Model 100 in 1963, Polaroid continued to improve and release new models the 200 series cameras were hitting store shelves by the late 1960s the flagship of the line was the Model 250.

above: Looking like scenes from AMC's MADMEN, the original Polaroid 100 TV advert in 1963. 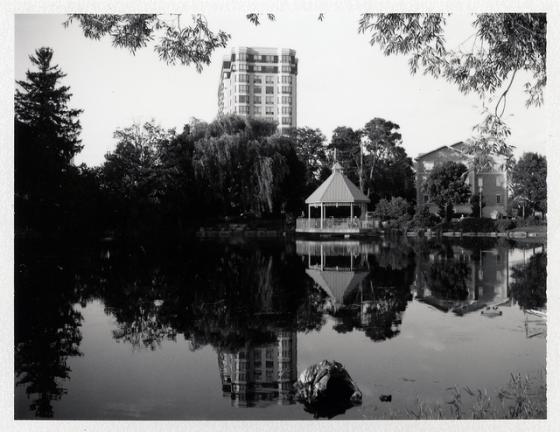 The Auto 250 was basically the same camera as the Model 100, 114mm f/8.8 three-element glass lens with selectable apertures based on film speeds (75, 150, 300, and 3000 with the option to open the aperture fully), a flip down rangefinder and all metal construction. But the 250’s rangefinder was what set it apart; it was made by legendary German optics maker Zeiss Ikon. Unlike earlier models the Zeiss finder had a single window, projected frames in the viewer helped with correcting for parallax error, and focus through the usually line up the two images style. Of note, the earlier model 250 cameras had a larger eyepiece, mine being a 1969 model has the smaller one, but it works just as well and maintains a good brightness.

After receiving a ColorPack II camera from the FPP, I was almost immediately hooked on instant photography using the Type-100 pack films. And the look and feel of the bellows Automatic Land Cameras caught my attention quickly also. After a few false starts, a Model 150 (Roll Film), an Auto 210 (missing the lens), and an Auto 320 (rusted out, broken lens) I came across my Auto 250 in an antique store in Milan Ohio (small town and birthplace of Thomas Edison). The owner, upon seeing my Auto 240 which I had finally found a working auto land camera, told me to hold on and he vanished into the backroom of his shop. When he finally returned he had in his hands a handsome black leather case with the name Polaroid embossed on the front. I expecting just a carrying case popped it open and inside was the Auto 250; it looked like it had just been delivered the day before. The case also contained a complete accessory kit: self-timer, cable release, portrait & close up kits, UV Filter, and flash. Needless to say, I bought it on the spot. I quickly obtained a battery thanks to Aperture Tremont (my next stop of the day), and started shooting with the camera. The 250 was the perfect fit for me, the glass lens, and Zeiss rangefinder and the tripod socket. For most people a tripod socket is not a deal breaker, but in the case of one of my other hobbies of poking around abandoned buildings, a tripod socket (and cable release) is a must. The 250 also won the hearts of many at Milton’s Help-Portrait event last year which brought the magic of instant photography to the families in attendance. 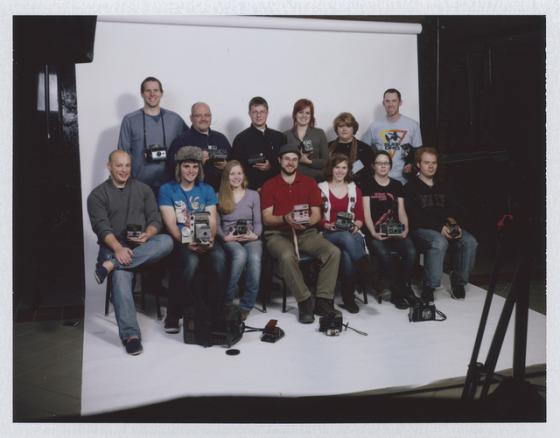 The 250 is a solid camera, the perfect match for anyone looking to add a Pack Film camera into their collection or those wishing to augment their plastic-lens pack camera. The one downside is that it takes the 4.5V battery which makes conversation to AAA a little more difficult, but not impossible. The Polaroid 250 Automatic Land Camera (and its 4.5 volt batteries are available in the FPP Store On-Line!

All photos by Alex Luyckx. Long-time FPP listener Alex Luyckx works both in Information Technology support and as a freelance photographer. He describes himself as an analog photographer stuck in a digital world. He loves using cameras older than he is and long walks through abandoned buildings. You can follow his photo blog at: www.alexluyckx.com/blog/ 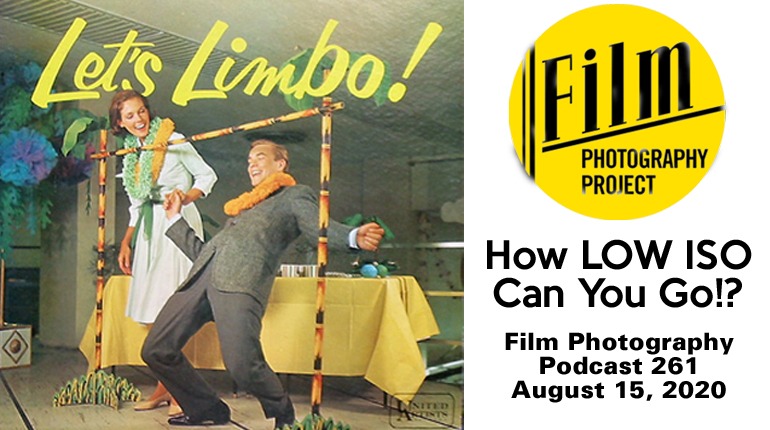