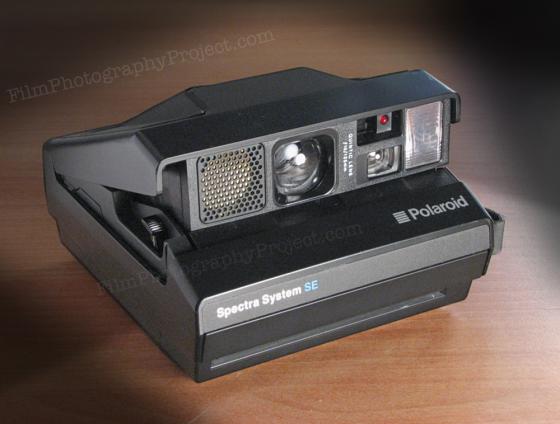 Back when Polaroid announced that it was discontinuing 600 instant film, I got pretty sad and picked up a OneStep from eBay, along with some 600 film at CVS.  On a related note, if I ever get a time machine, the first thing I’m going to do is tell my 2009 self to raid all the drugstores he can find and just invest in 600 film.  In just two years, the street price has skyrocketed and such an investment would have paid monstrous dividends.  The effects of supply and demand are amplified when we’re talking about a drug as powerful as Polaroid.

My love affair with Polaroid was quick and unsatisfying (most of the shots I took were pretty dark) until I discovered the charming flaws of the new Impossible Project films. Their story has been discussed countless places, so I won’t go into it, but they were the ones who introduced me to another format - the Polaroid Spectra System.

Released in the 1980s, the Spectra System feature wider “Image”-series films (much like the upgrade to16:9 television from 4:3), a 'Quintic' 125mm f/10 3-element lens, self-timer, automatic exposure, and sonar autofocus.  The odd thing about the Spectra System is that everything was a major improvement to the 600-film cameras, but it seems to me that the format apparently never took off when compared to the OneSteps.  Though you can find examples of people using Spectra Cameras in movies and television shows from the 1990s and early 2000s, I would bet that when most people think of Polaroid cameras, they’re probably thinking of the more “consumer”-grade OneStep cameras that take 600-style film. 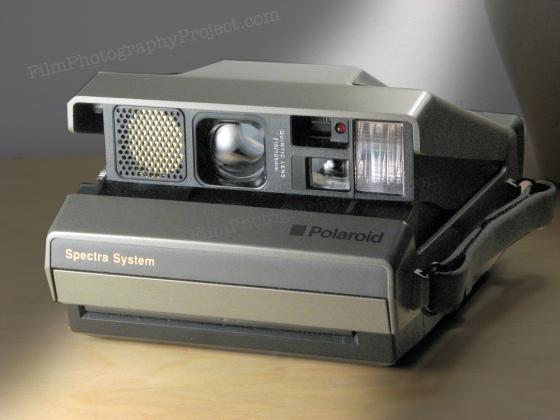 If you’d like to try out a Spectra camera, it’s important to know that most cameras feature the same controls.  You can read http://camera-wiki.org/wiki/Polaroid_Spectra for a complete breakdown, with the Polaroid Spectra Pro and the Minolta Instant Pro apparently offering the greatest number of manual controls.

A cool feature about Spectra cameras is that it’s remarkably easy to take double exposures, using two different methods.  In either case, you’ll want to adjust the camera’s exposure compensation all the way to the “darkest” setting.  In the first method, you need to fire the shutter and keep your finger pressed down firmly after the picture is taken.  Then, you can release the latch on the side and close the camera again.  Upon opening the camera second time, the camera has “forgotten” that it took the first picture and will expose the same piece of film again.

However, it can be kind of tricky to get enough pressure on the shutter so that it doesn’t spit out the print prematurely... In the second method, you can simply use the self-timer.  The camera won’t eject the print until you disengage the timer, so you can just close the camera before you do that.  You lose some spontaneity, but if you’re planning a double exposure, you might not have any to start with.


above: FPP Video - Michael Raso and the Stallone Spectra!

Sadly, the last stocks of Polaroid Image film have two significant drawbacks - they’re starting to expire to the point of producing a sickly yellow image, and they’re becoming prohibitively expensive, perhaps even more so than the 600-series film.  Now, I wouldn’t wax poetic about such a series of cameras unless there was a solution.  Of course, I'm talking about The Impossible Project, who have made a lot of news by releasing their films for SX-70 and OneStep cameras.  They offer both a black-and-white and color film for Spectra cameras, PZ600 and PZ680.  The important thing to look for is that “Z” in the name, which denotes the wider pack for use in the Spectra System cameras.  The films sell for just under 24 USD per 8-exposure pack.  Expensive to many, but for use in a camera that offers much more control over the result than a OneStep.

I’ll close with this image—which made Flickr’s “Explore” by the way—that was from my last set of film I owned that was branded “Polaroid.”  It was a fitting farewell.

Dan Domme is a film photography enthusiast and PhD student in the Acoustics department of Penn State. He's been a serious photographer for the last two years, and now shoots nearly exclusively on film. You can view his Flickr stream at http://www.flickr.com/photos/yeknom02/ or his photography blog at http://dommephoto.wordpress.com/
Additional Links:

Get a Spectra!...at The Film Photography Store