Canon introduced the 35mm, single lens reflex F-1 in 1971. At that time Nikon’s professional-level cameras, the F and F2, were dominant among the Japanese brands, and had been for a while. Canon, however, was serious about catching up, and after 5 years of design and development, they introduced the F-1 as the centerpiece for a professional system. 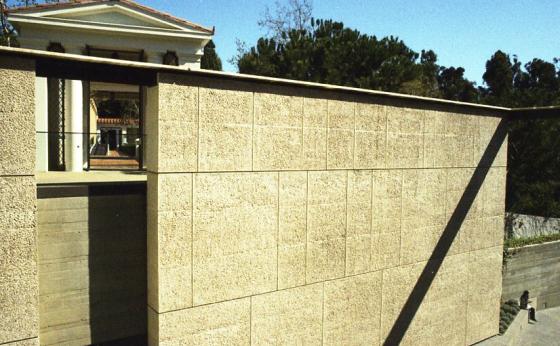 Midway through the model run, 1976 to be exact, Canon introduced a number of minor improvements to the F-1. The most obvious were in the focusing screen, which went from microprism to split image with microprism ring; the throw of the film transport lever was reduced from 180 degrees to 139; the maximum ASA was boosted from 2000 to 3200; and a film reminder holder was added on the back. This revised model became known as the “F-1n” (for “new”).

Along with the original F-1 came a new lens mount, called “FD,” which took over from the earlier “FL” mount. (Although some FL lenses could still fit on the FD mount of the F-1, they lacked the open-aperture metering capability of the FD lenses.) 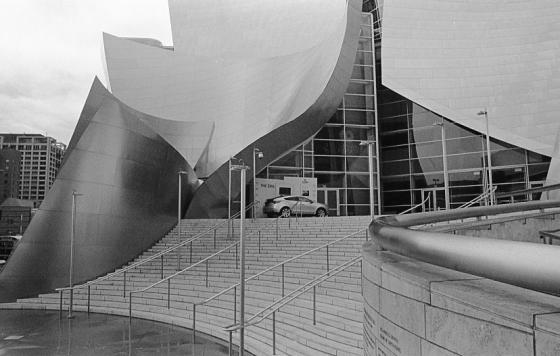 The arrival of the F-1n in 1976 brought with it a revised FD lens, too. Although backward-compatible with the original FD mount, the “FDn” lenses are easily distinguishable from their predecessor: The silver lock ring of the earlier FD lenses went away.

The FDn was arguably better looking all in black, and perhaps a little easier to lock in place, since the entire lens rotated onto the mount.

The F-1 (and F-1n) remained Canon’s flagship model for a decade, until it was replaced by the “New F-1” (more about that below). 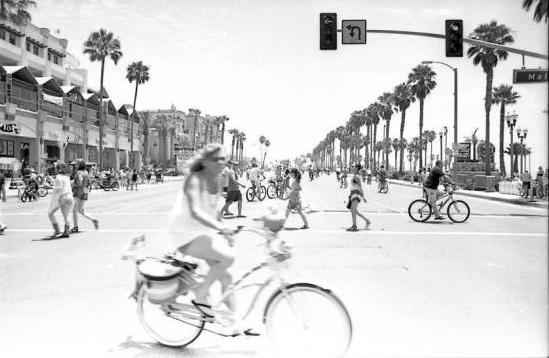 Features
There’s nothing automatic about the F-1. You really should have an idea of the relationship between shutter speed, aperture and film speed if you’re going to use one. However, the camera does include a CdS light meter, powered by a 1.3V battery, with proper exposure indicated through a match needle arrangement visible in the viewfinder.

The F-1’s focal plane shutter is a horizontal-moving, metal curtain that provides speeds from 1 second through 1/2000 as well as B. A mirror lock-up feature is built in for those times when it’s essential to eliminate camera shake. 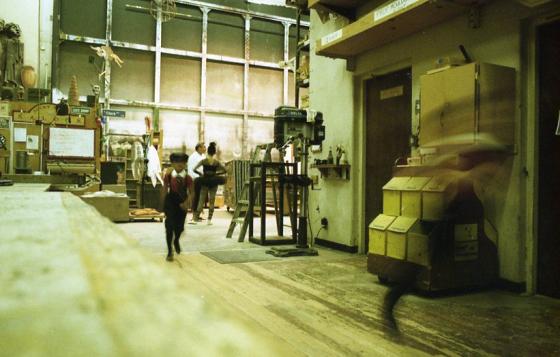 The camera has a self-timer (approx. 10 Seconds), as well as a lens stop-down function built into the self-timer lever. A shutter release lock prevents accidental exposures, and the film counter goes to 39, re-setting to zero when the back is opened.

The F-1’s flash mount is located above the rewind crank and provides X-sync while an FP terminal resides on the edge of the body.

Accessories
Canon designed a host of accessories for use with the F-1. There were several viewfinders available and several focusing screens as well. A motor drive, a power winder, a bulk film back, a data back, and of course lenses galore. With some 200 accessories available, the professional or advanced amateur of the mid-70s, or indeed the film shooter of today, could want for nothing from a system built around the F-1.

Ten years elapsed between the introductions of the F-1 and the New F-1 and in that time technology had changed much. All the basic mechanical functions and controls of the New F-1 were derived from its predecessor, thus allowing for ease of transition for those familiar with F-1 operation. The New F-1’s shutter, however, was controlled mechanically at high speeds (1/125 – 1/2000) and electronically at low speeds (1/60 – 8 sec.)

Fundamentally, though, the New F-1 was designed for the professional photographers to adapt an otherwise mechanical camera to their preferred shooting style.

Identification
All three versions of the F-1 carry the “F-1” designation in bold white figures; yet there’s nothing on the camera to tell you if you’re holding an original F-1, an F-1n, or a New F-1. So how do you tell them apart?

You can tell you have a New F-1 pretty easily. There’s a right hand “grip” molded into the case, and a hot shoe mounted onto the prism. The New F-1 also has a “stepped” top plate, so the shutter release button and shutter speed selector are elevated above the film transport lever. 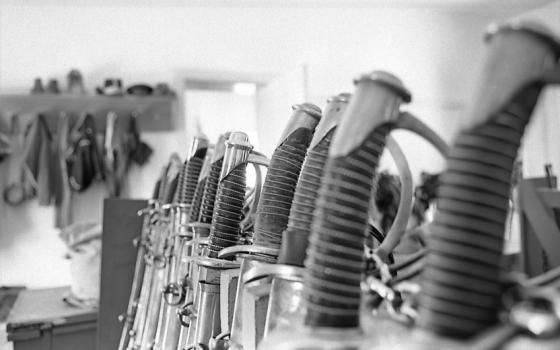 User experience
With all the fine FD glass available and its wide mechanical latitude, this camera is capable of great pictures. If I were  to complain about anything it would be the meter reading in the viewfinder. It’s illuminated via an opaque “window” to the left of the prism. In dim light its hard to see the meter needles. (But apparently there’s an accessory light for that!) 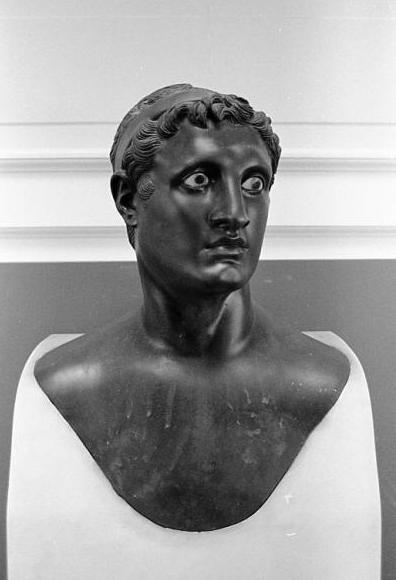 It’s the camera’s ruggedness that is most impressive to me, however. It continues to work like a draught horse despite the abuse I’ve subjected it to over the years.

Evidence of such abuse is increasingly obvious. You see, I am slowly revealing, little-by-little, the lovely yellow brass concealed under the black paint that covers my F-1. There is a story behind each such reveal, and it usually goes something like this:

I experience a sudden, unanticipated sensation of lightness on the shoulder, whereupon I observe—typically through the peripheral of one eye—a dark object descending. This surveillance is immediately followed by the sharp clatter of metal striking concrete. (You may substitute wood, asphalt, rock, brick, etc. here.) I cry out reflexively “Oh crap!,…I’ve dropped it again!” or similar. (Eye-witnesses tend to show astonishment, even shock, at such times.)

My recovery procedure is to follow with a quick inspection of the camera for physical damage, then to expose a shot or two—of anything--to verify functionality of the shutter and the film transport.

The preceding all happens in an instant, and despite the physical (and psychological) trauma to camera (and owner) the F-1 invariably functions as though it had fallen onto a feather pillow. The scenario above has played out numerous times in the two and a half decades since I first got the F-1. 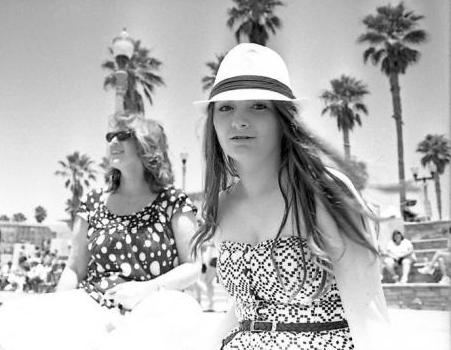 Note to users: Despite freefall and rough landing the F-1’s prism and my several FD lenses remain pristine; a testimonial to the camera’s somewhat feline tendency to always land on its feet (or bottom, in this case).

To be honest, I actually quite like the look of the brass, as it provides a patina that can only come through age and use (and the occasional fall). That the F-1 still works is icing on my cake. It’s durability notwithstanding, however, I will readily admit I never wish to drop it again. If I do, though, I’ll expect it to survive, and take good pictures, as it always has. 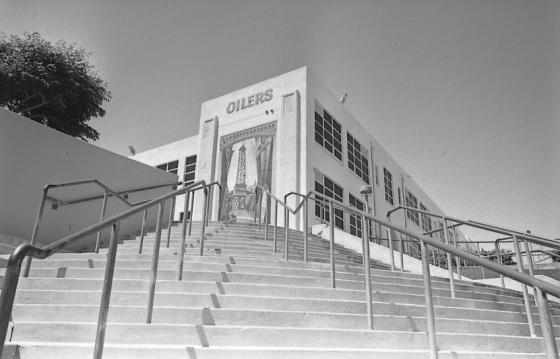 FPP contributor Brian Moore writes mostly about soccer, in particular the European soccer leagues and especially the English Premier League. However, he has been an unapologetic camera nut since his early teens and although he never fully engaged with the digital camera world, he is delighted that he has recently been reawakened to the virtues of ﬁlm photography.

All images by Brian Moore.