A letter from Flickr member Philip sparked this blog on technique and esthetic. 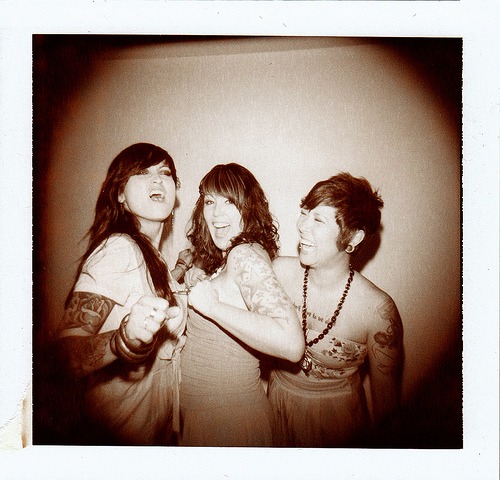 Philip asked (about the above image), “How did you get the vignetting? Is that intentional i.e. by lighting technique?”

The image of New Jersey band Monday Night Bear Claw was shot in my studio using the Holga 120N camera with a Polaroid back. I used “hot lights” combined with a Holga on-camera flash.

There is a 650w "spotted" light (w/ barn doors) aimed onto white seamless paper behind the talent. This causes the circular "hot spot" directly behind them. Most of the vignetting occurs due to characteristics of the Holga camera.

Most of my photography is a combination of technique, esthetic and personal style. Here are some examples of recent images with a few notes on how the images were accomplished.

Above: This dreamy portrait of Ashley from Monday Night Bear Claw was lit using the same techniques as the Holga portrait above. In most situations, a mood can be accomplished by your choice of camera, lens and film stock. In the above shot, I used my 1972 Polaroid Alpha camera with the brand new Impossible Project PX 70 Color Shade instant film.

Below: I continued to shoot Comedian Méla Nichols between set-ups at my studio. Many times, my best images are those shot “in-between” poses. For this reason, I always have some type of point-and-shoot camera handy before, during and after a studio shoot. The image was captured using my 1969 Polaroid Colorpack II camera, Polaroid B&W instant film and an on-camera flashcube. 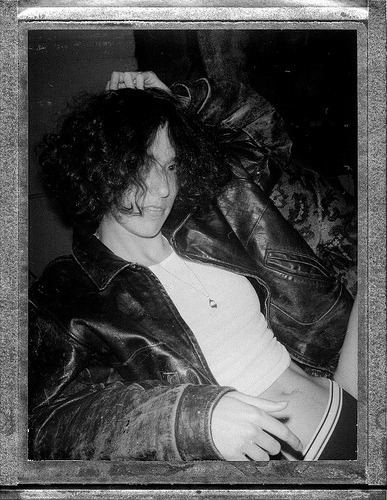 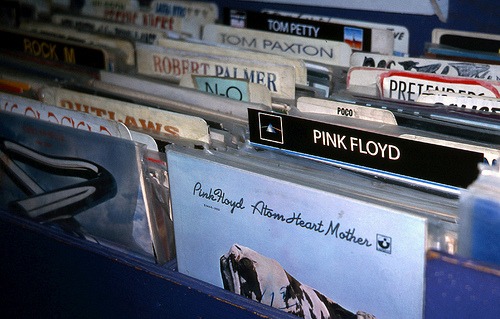 Above: Flip Side Records in Pompton Lakes, New Jersey. “Atom Heart Mother” album shot with the Olympus Trip 35 camera. The slightly spotted lighting effect is due to using a flash with the Trip’s slightly-wide fixed 40mm lens. 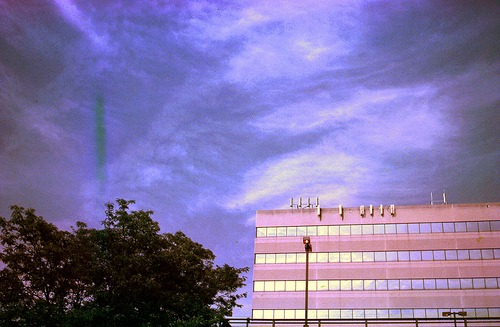 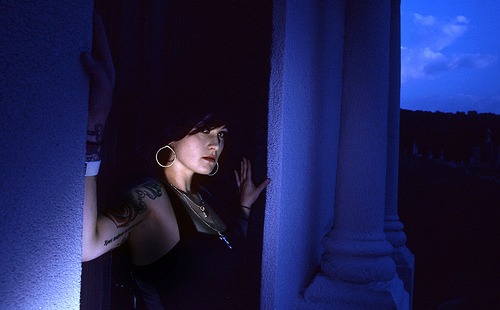 Above: Day for Night can be achieved by shooting with Tungsten balanced film. Tungsten film is meant to be shot with studio lights. Studio lights are much “Warmer” than daylight, so any images exposed using daylight will render your shots blue. In order to make sure that model Desiree Saetia wasn’t blue, I used an off-camera flash with a tungsten gel.