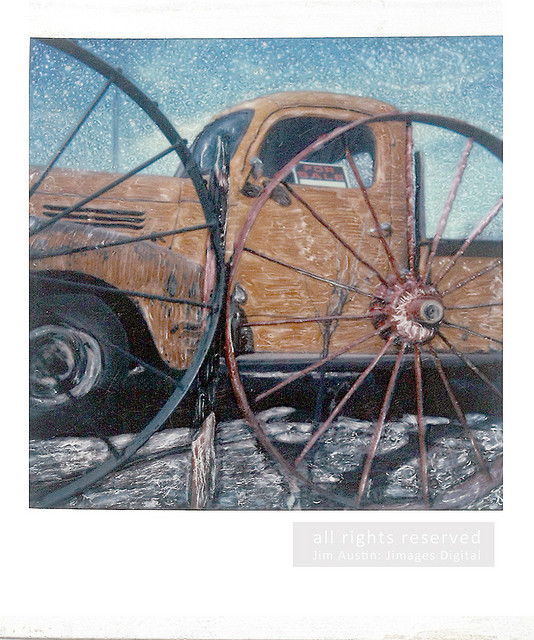 Sixty Seconds in the Sunshine  - Guest Blog by Jim Austin

The white bordered photograph whirrs out of the camera. Under the sun, it develops in sixty seconds. I am thinking "this is a bloody miracle." Then, I find I can make it into a little painting with dental tools. 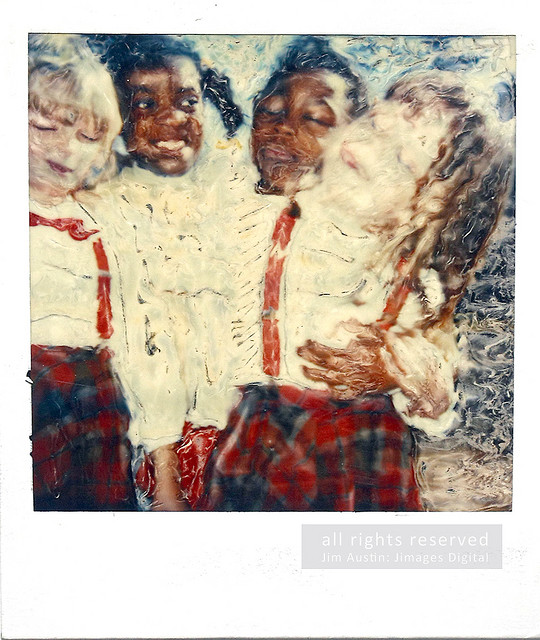 Yup, you guessed it, we're talking Polaroid SX-70. I manipulate the surface of the Polaroid Print. I feel the colors move around, pushed by a tool guided by my mind's eye. There is plenty of time. The surface of the print is still flexible. I dent, violate, and alter the surface integrity of the photograph to express a vision.

I started a series of Polaroid Manipulations in 1973, because of their beautiful tactility. There is a simple beauty here. Like the old Kodak ad,  an SX-70 photographer presses the button, and the SX-70 does the rest. And the film? It is miraculous! The Time-0 colors are malleable, can be painted with a simple tool and then dry and stay fresh for 30 years. Here are some manipulated Polaroids. 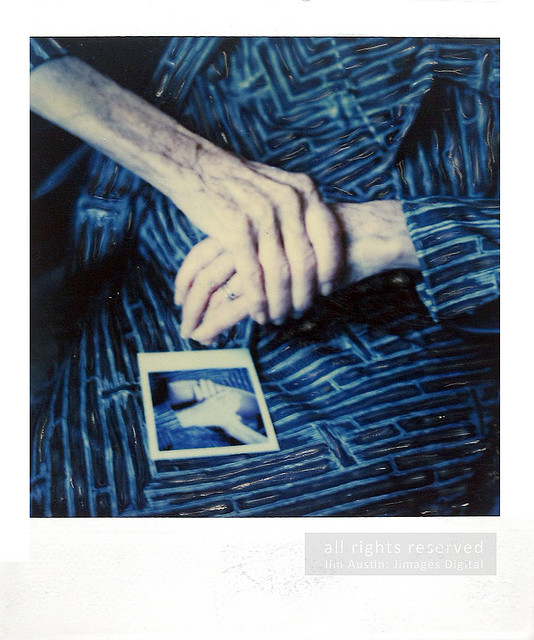 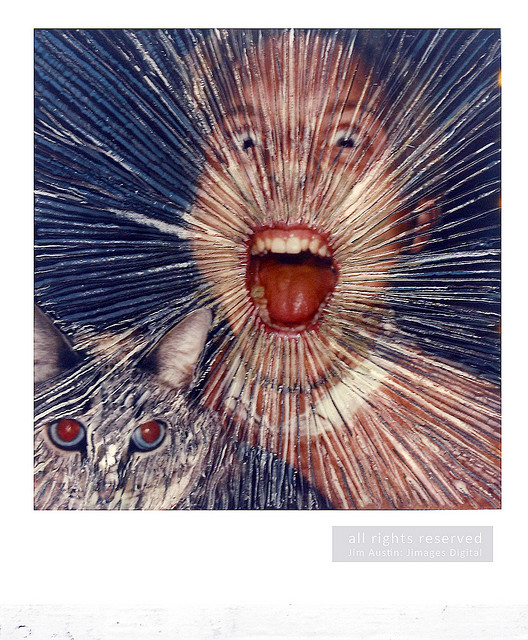 This is the art of Polaroid Manipulation. It it still revolutionary.

I started manipulating Polaroids in the Spring of 1973, just 6 months after the SX-70 camera and Time-0 film came out, 38 years ago. I got the itch when I was in an art class and saw, at the Denver Art Museum, a show by Lucas Samaris. He was the first artist photographer to use SX-70 manipulation and went on to work with those wonderful 20" x 24" Polaroid cameras.

Looking at Samaris' prints in the museum, I learned that dental tools from an army surplus store worked to push the emulsion around. I started putting titles on my work, after art works: The Scream, the Street Kids, etc. So, I got a dental toolset, some wooden ceramic tools, and loaded up on packs of SX-70 Time - 0 film. I took all this to parties to have my friends try the process. We shot with the SX-70 Sonar, and sat around and made little art pieces after the Time-0 prints came out of the camera.

And what a camera. An entirely fresh design, this SLR model has a WYSIWYG view finder. You can feel the texture of the 1″-thick leather after you fold the camera. The film pack contains the battery. The SX-70 has a marvelous flash, a flash bar with ten bulbs in a double-sided array. The SX-70 is a high quality, custom built machine.

The back-story on the camera and the Time - 0 film involved long years of testing and research, and a brilliant team. Edwin H. Land got all the media credit, but he did not invent the camera on his own. While Land was the hounding, driving force, there was a dream team behind him with a senior engineer, a mechanical wizard and a consultant. Ansel Adams was the photography consultant who suggested that the tonal range of the film should be increased. Howard G. Rogers was the senior researcher at Polaroid and largely invented color instant photography. Richard Wareham worked closely with the team for 30 years, and William J. McCune was the engineer who solved the mechanical issues with the first Polaroid camera at the plant in Bridgeport Connecticut, USA. While the SX-70 was not the first instant camera ( Polaroid's' Model 95 was the first instant camera, and there was the model 250), the SX-70 was the simplest of all for us photographers to use. Many years of brilliant effort were behind those sixty seconds in the sunshine.

( Jim Austin is a photographer, teacher and writer for Apogee Magazine. He lives aboard Salty Paws, a sailing catamaran and blogs on his adventure photography at jimaustin.wordpress.com.  You can also find him at www.jimages.com )