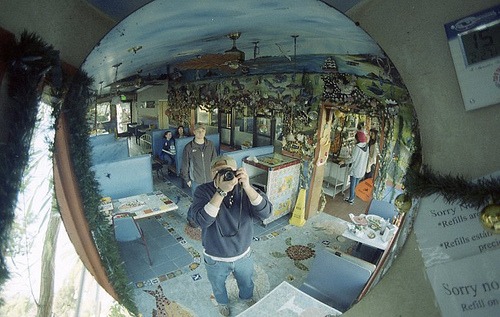 I’ve enjoyed 35mm point & shoot cameras since the day in the early 80’s when I picked up a Pentax 35AF. It fit fairly nicely in the pocket…not too bulky, it was solid, took decent pictures, had automatic exposure for film up to ASA 400, and came with a built-in flash. I used it constantly for a while, until one day it fell out of my coat pocket and landed with a sickening clatter on the concrete outside the Bonaventure Hotel in Los Angeles. That was that.

Cameras have come and gone since then, including the occasional point & shoot and even a replacement for my Pentax 35AF. But I dropped that one too one day, and that was that.

I currently covet an Olympus XA, though I haven’t been able to score one on E-bay at my price point. (Call me cheap if you want, but some things go for crazy money on the bay.) In the meantime, I’ve discovered a point & shoot whose charms have so stricken me that it’s now my main squeeze: the Canon T50!

Released in March of 1983, the T50 was the first of Canon’s T-series, which achieved its apex with the highly regarded T90.

The T50 is rather a small SLR with a plastic body, auto exposure, auto film advance, a hot shoe and a self-timer, and it will accept film speeds ranging from ASA 25 to 1600.

Canon designed the T50 to be a beginner’s SLR. All the photographer need do is focus and shoot, and when finished with the roll rewind it in the conventional way. But if you’re a beginner who actually wants to learn photography through manipulation of the camera’s functions, the T50 isn’t for you, since it lacks manual over rides for exposure settings.

But if all you need is a second body for your Canon FD system, or a low-cost camera to sling over your shoulder and be at the ready to provide some excellent images, the T50 could be an excellent choice.

Two AA batteries are all the power you need for up to 75 rolls of 24 exposure film. (Or 50 rolls of 36 exposure.) And although by modern standards its firing rate of 1.4 frames per second may seem a snail-like pace, just remember it’s a cheap 1983-point & shoot. 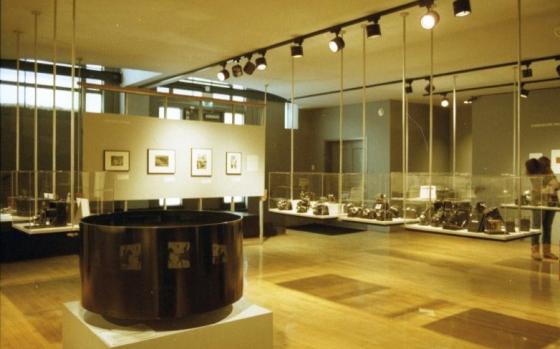 The real beauty of the T50, though: It takes FD lenses! Yes, all that beautiful Canon FD glass you used on your AE-1 will fit on the T50. Just connect the FD lens of your choice, set it to “A” on the aperture ring, and your T50 is ready to point & shoot. 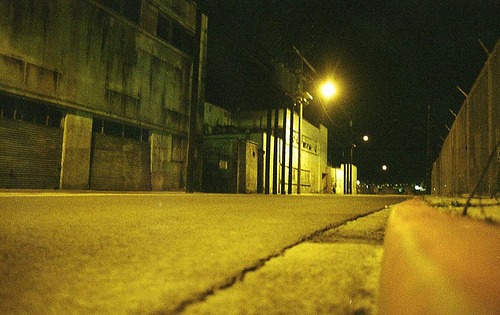 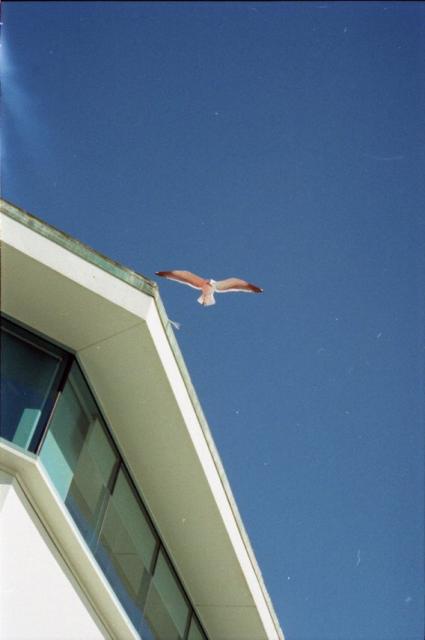 Your images will be as sharp as any other manual focus Canon, and the auto exposure system is flexible enough to make low light shooting not only possible but simple and quite delightful. Put the camera on a tripod or steady it in some other fashion and you may be surprised by the results you get.

Despite its relatively small size, it’s still way too big to fit in a pocket, unless you’re name is Harpo Marx.


Brian Moore is a listener and regular contributor to the Film Photography Podcast. Brian Moore on Flickr
All images © Brian Moore