HomeAll PostsContentFeaturesPlastic lenses never lie, but they are known...

Plastic lenses never lie, but they are known to blur the truth a bit

Proxy Falls taken with my Holga last fall (above) on the same day as this shot (below) captured with my Pentax 6x7.

Working retail as I do, I deal with a lot of different types of customers, most of those I sell cameras to though are students, relative newcomers when it comes to purchasing cameras. As such, a lot of what I do over the counter involves educating as well as selling. Or put another way, re-educating.

Frankly, if the person selling you a camera tells you this, it really means they are just trying to sell you something more expensive, that and they are probably paid on commission. And they would probably auction off a family member for the right price.

I know, many you already realize this is bogus thinking, nonetheless many of us succumb to it. There is something reassuring in knowing your camera has a price tag to rival your social security number. I mean, come on, if you have to skip two mortgage payments how can that camera NOT be good right? Well chances are it is a good camera. Doesn't mean it is the right camera for you though. And I guess it all depends on how we define good.

Oh boy, that is a topic that requires about three hours and four beers...

I always stress that it is how you USE the camera, not the camera itself that makes the most difference and I stand by that. If I sound like a broken record at times, it is merely because it is true and a very valuable lesson to learn. It is one of the things I try to demonstrate with my stream. I shoot five main cameras, though I cycle in others here and there. My main 35mm is my Nikon FM2n. In the store I work at, this camera costs $200 in perfect working order with a warranty. That $200 buys me a camera that will last for decades, will cost about $120 to refurbish when it wears out every 10-15 years or so and will stay in the family my entire life unless I drop it in the ocean as I seem to be more than capable of doing. Plus it takes images that are incredibly sharp and can be printed as large as 24x36 with a fairly high degree of quality. Sure I could have bought an F3 ($300-400), an F4 ($400), an F5 ($500) or an F6 ($1000 or more). Heck the F6 is the latest and greatest film camera out there. It does everything except sweep the kitchen floor. I have shot it, every time you press the shutter it sounds like the camera is silkily whispering "damn fine shot". Then again, with the same lenses it will take the exact same quality image as my FM2. And sure, it is whiz-bang, but then again pretty much every automatic feature on cameras these days can be duplicated manually. These cameras don't allow you to do things less expensive and sophisticated cameras won't, they generally just tend to make those things quicker and easier. That is what all that extra money tends to buy you, speed and convenience, not necessarily better quality. More on that possibly in a bit.

My second camera, also my main landscape camera these days, is my Pentax 67. This was once a top of the line medium format camera. It produces large 6x7cm negatives with detail and resolution that still blow my mind. I would even go so far as to say it produces a higher resolution, sharper image than all but the most expensive of digital cameras can compete with. It also cost me $200. I am on my third one due to two unfortunate accidents. I have spent less than $700 combined on all three.

My third is my pinhole, brand new for $250. For those who are familiar with my pinhole images, not much more needs to be said. For those who are not, it is an incredibly interesting camera that captures a perspective unlike most other photography. All without the benefit of a lens, auto-focus, a meter of any kind, not a single gear, wire or circuit. It scoffs if you mention LCD in fact.

My fourth, which this image was taken with, is my Holga. $25. No, I am not missing a zero. It is a plastic toy camera that retails for about $25. Certainly not a perfect camera, but then again is there such a thing? No, there isn't. And if the person behind the counter tells you there is, well see the fourth paragraph above. I was down in Yosemite last year browsing the Ansel Adams gallery in the park, and there is a piece by a photographer named Ted Orland. It is an amazing work and though I do not remember the price on it, it was a lot and well worth it. It was taken with a Holga.

My fifth is my Leica M3, which is a contradiction to the point I am trying to make, that camera sold for about $700. Though these days, that is about average for most DSLRs. Though honestly it is more of a specialty camera for me and of all the cameras listed above, is one of the ones that gets used the least.

I am not trying to trumpet my nifty frugalness or impress upon you my ability to not irrationally and impulsively spend my camera budget. The point I am trying to make is that it has always been, and always will be good photographers behind cameras that make good images. Note I have not attached any adjective to cameras, because none needs to be. To be blunt, a photographer is either skilled at what they do, or they are not, or they are somewhere in between hopefully moving towards the former and not the latter. A camera will not change this, though it may seem like it does. And true, cameras can help us see differently, they can help us take different pictures, but that is all they do at the most. Help. We take the pictures, good or bad, and it can be done on all cameras, expensive or not. 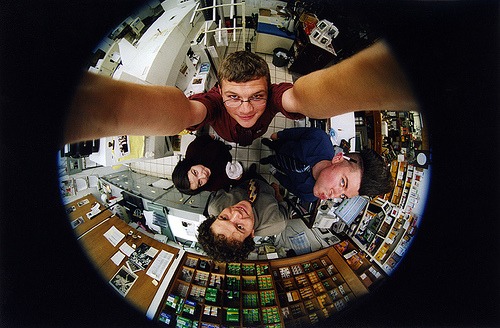 Buying the best camera is very very very rarely buying the more expensive camera. Rather it is a moderately tricky process of figuring out what you want to do as a photographer and buying the camera that is the best fit. Want to take odd, alternative artsy photos? Buy a holga, a lomo or a fish eye. Photojournalism? Then you probably want a rugged DSLR. Landscape with the intent to make murals? Medium or large format. Do you want something lightweight? You will want to buy a plastic camera (which will also break on you in a matter of a few years). Do you prefer a heavy and rugged camera for backpacking? Go with one of the SLRs of the 60s or 70s like a Minolta SRT or Pentax K1000. Want to try out medium format on a budget? Get a twin lens. A top notch Yashica Mat 124G can be found for $250 or less.

There are options, sometimes a seemingly overwhelming number of them. Start with yourself. Figure out what you need in a camera (much less than you might think). Plan how and where you will use a camera. Make a list and stick to it. Otherwise you are just going to be paying for a number of features you never actually get around to using. Expensive is not always the answer, but then again neither is cheap. It really revolves around your needs. You are matching a camera to yourself, not the other way around.

Anyway, hope that is somewhat intelligible. And hope you enjoy the photo. I find it interesting to compare the two images, both medium format, but one shot through a high end glass lens, the other a toy plastic camera. I like them both, a lot. And both are very different images taken from almost the exact same spot. That too is the beauty of different cameras, they allow photographers to realize different visions. Just remember, photography begins and ends with living, breathing human beings. Cameras are just means to that end.

If you are interested in pricing for my images, or just plain curious, more info can be found at my website: www.zebandrews.com