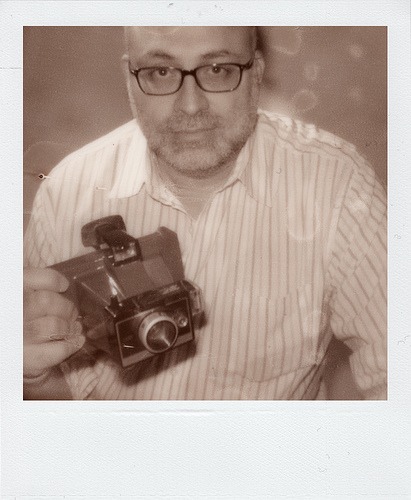 When I started the Film Photography Podcast Internet Radio Show (FPP) one year ago, one my goals was to provide a forum through which photographers using film could obtain news, tips, and share their art. As a photographer myself, it seemed logical and fun to offer giveaways as part of the bi-monthly show. To date, I’ve donated hundreds of rolls of film and over a dozen vintage film cameras from my personal collection. As the show began to pick up listeners, a funny thing happened—listeners started sending me their prized and quirky film cameras!

This week I received a package from FPP listener and recent contest winner Emily Savill. She donated a Polaroid One-Step 600 camera and a Vivitar PN2011.


What makes her contribution even more special is the fact that she took the time to shoot some images with the Vivitar and included them in the package.

Emily said in her letter enclosed with the cameras—“I sent a couple of prints from the Vivitar PN2011…I really love that camera…It takes nice Lomo-quality shots and the panoramic option gives the photos even more character.”

Emily's donation cameras will be offered up in a "listener draw" later this year on the FPP.

Ian Cook (from the UK) turned me on to the 35mm Olympus Trip 35. Marketed in the UK from 1967 to 1984, this amazing camera was practically unknown in the United States. Ian, an authentic Trip enthusiast (known as a “Tripper),” has donated one to the pod cast, and I look forward to passing it along later this year.

I’d like to thank Dan Domme, Tony Kwong, Susan Goodwine and everyone else that has contributed recently to the show. Not only do you make my FPP experience special, but your generosity is helping film enthusiasts around the globe! 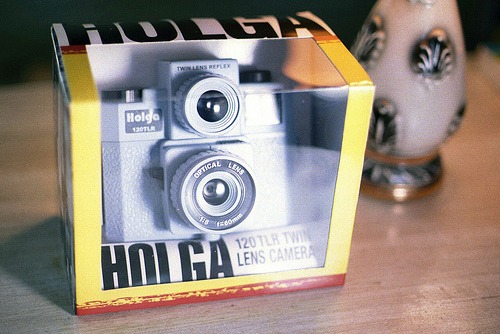 And, this month the fine folks at Freestyle Photographic in California USA donated a Holga 120 TLR camera. The Holga line of cameras are hugely popular and are used by amateurs and professionals alike! (Holga photography - think magazine photojournalist David Burnett’s fantastic Holga shot of US Vice President Al Gore!). Thanks to Freestyle for contributing to the Film Photography Podcast Give-Away program!

One winner was drawn on the November 15, 2010 episode, listen to the show. Check out the podcast for current giveaways.

That’s not all. We’re also giving away a copy of musician and photographer Pat Sansone’s book “100 Polaroids” (with a Polaroid camera) and free c-41 film processing courtesy of Sharp Photo & Portrait!