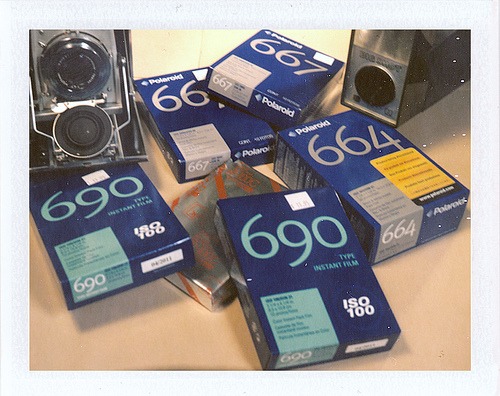 I loaded my (recently acquired) 1963 Polaroid 100 Automatic Camera with a pack of Polaroid 690 film (actually re-boxed Fujifilm FP-100c! – read on), set up my shot and fired the shutter. Great shot! 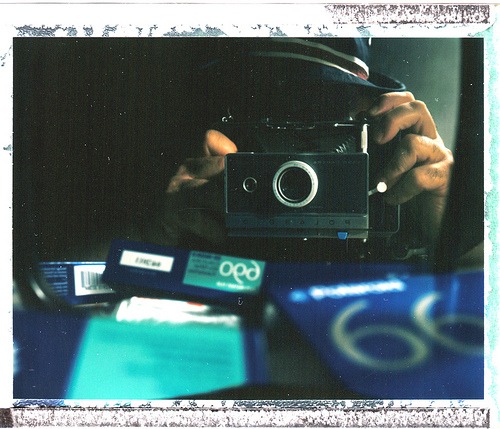 I pulled the white tab only to have it “snap” rip, leaving me dumbfounded. (You see the magic of Polaroid pack film occurs when you pull the film out of the camera through the internal camera rollers that releases the developer onto the print. The one and only “lifeline” has ripped! What to do?) 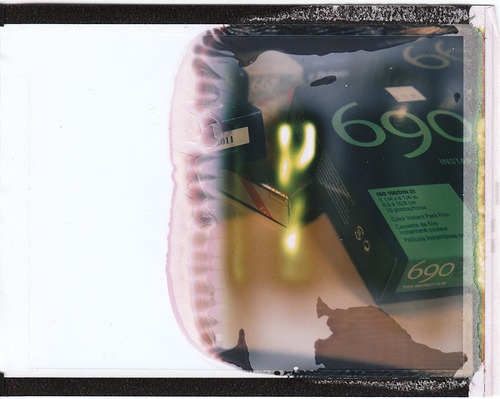 Two shots wound up coming out of the camera at the same time, oozing caustic developing chemicals all over the camera rollers, camera door and my fingers. Rushing over to my workbench, I “jacked open” the camera, ejected the oozy film into the trash bin and evaluated the situation. Evaluation cut short by the burning sensation on my fingertips.

Once I washed my hands I sat back down to establish the damage report. The developer chemical spill was isolated to the roller area. Unlike newer pack cameras, these rollers don’t pop out for a quick cleaning. I learned this the hard way when I thought it would pop out but instead a large cotter pin on one side of the rollers fell out of the camera, leaving one side of the rollers gaping open. 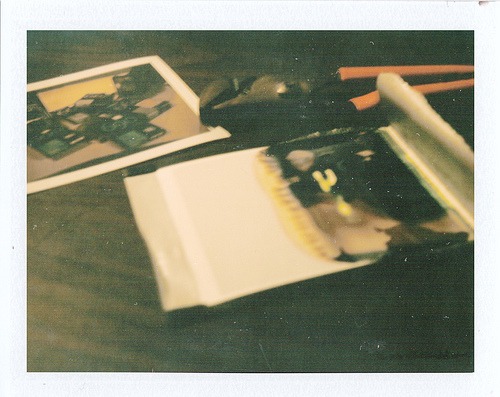 It took a good hour to ponder, repair and clean. An additional ten minutes to decide whether to load another pack of film.

I loaded a pack of Fujifilm FP-100c, set up my shot, fired the shutter, removed the camera from the tripod and headed back to the work bench. I ever so carefully applied an even (rocking motion) tension as I pulled the white tab to eject the first exposure. Success. End of Polaroid Burn #2.

Earlier in the day, I was in Fairfield, NJ and stopped into the Unique Photo Super Store.

The beautiful thing about visiting a Super Store is the joy of seeing lots of film displayed on the “floor” in isle displays. A glorious and rare site!

I was going to purchase two packs of Polaroid 600 film as well but decided against it when the clerk kindly told me that each pack was $50. each(!!!) I said, “You’re kidding.” He said “No, the price was recently raised because our supply is so low.” Wow, that’s $5. per picture! 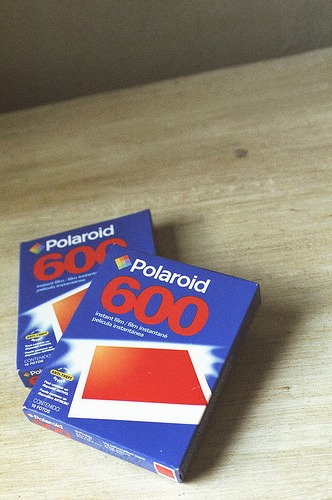 Hey, I understand and agree with free enterprise but I can’t help but feel that it’s wildly unfair to raise the already unfair (previous price) of $30. to $50. per 10 image pack. 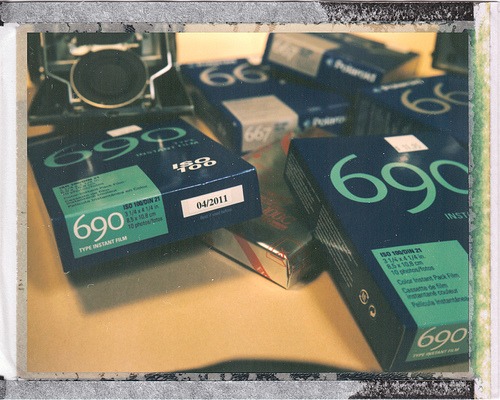 Ouch. Two burns in one day and some dodgy shenanigans by Unique Photo BUT…lets look at the positive side…I now know how to disassemble and reassemble the rollers on the 100 series of Polaroid Pack Cameras. That’s something, right!