Celebrating Super 8!
An Interview with Director Tommy Gillard and Cinematographer Boris Hallvig on their Gloriously Gothic Short Rhapsody in Blood

Rhapsody in Blood - a straight8 film from Tommy Gillard on Vimeo.

Tommy Gillard and Boris Hallvig are director and cinematographer of Rhapsody in Blood, a short Super 8 motion picture film in the gothic genre produced for the 2019 Straight 8 film competition, and they have agreed to speak with the Film Photography Project about their experience.

Hello, Tommy and Boris – thank you for taking the time to speak with the Film Photography Project about shooting your short Super 8mm film Rhapsody in Blood! We were very impressed with your achievement, especially as we understand the film was produced for the Straight 8 film competition – one that requires all entries to be shot with no more than one Super 8 cartridge, and for all editing to be accomplished in-camera.  Before we get into the nitty-gritty of the production, we would like to know a bit about both of your background and influences:

How long have you been shooting / producing shorts or features with motion picture film, and what inspired you to shoot film in addition to (or instead of) digital?

T: Not long at all! I had shot everything digital up until a year ago, and I hadn't really considered shooting on motion picture film before that. It always seemed too expensive and I didn't know much about it. But after Boris and I started swapping more and more motion picture film references, especially 16mm, I fell in love with the format.

B: My first experiences with film came with shooting 35mm and medium format photography, something I used to emulate the aesthetics of the great photographers I admire. So equally when I went onto moving image projects, I was keen to transfer those visual qualities I love in film by using 16mm and Super 8. 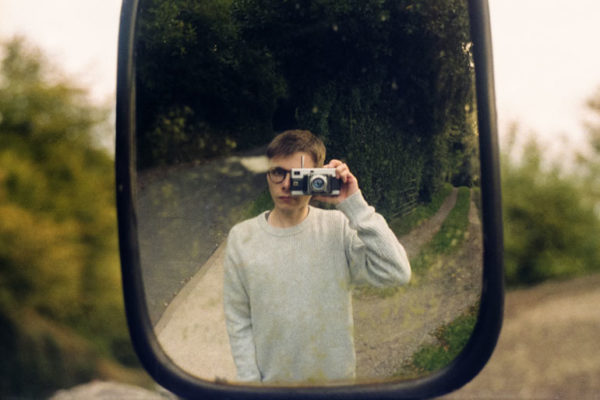 Above: Boris Hallvig - cinematographer of Rhapsody in Blood

How many short or feature films have you completed prior to Rhapsody in Blood? (and if not already answered, how many of these were shot with motion picture film?)

T: Rhapsody in Blood is my fifth fiction short film, and my fourth working with Boris. We met through a mutual friend when I wanted to make a short documentary, and we've been working together ever since. I'm still very much a novice with analogue, so it's great to have Boris's knowledge; a couple of years ago we took an eBay gamble on an Arri SR3, and luckily the motor ran! Boris and I spent a while trying to build a good set up before shooting a 16mm film at the end of last year; a first for me. Rhapsody in Blood is my second film shot on motion picture film.

(if not already answered) How did the two of you decide to collaborate on this project?

T: It was a natural fit as Boris shoots anything narrative that I do. Over the last few years we've built up a great shorthand together, and we share a very similar taste which makes things easy from the get-go. Boris is often the first person to read a script, as he helps keep things simple but also allows me to think visually when writing. For this project especially it was key to have someone I trust - there's no playback when editing in camera! 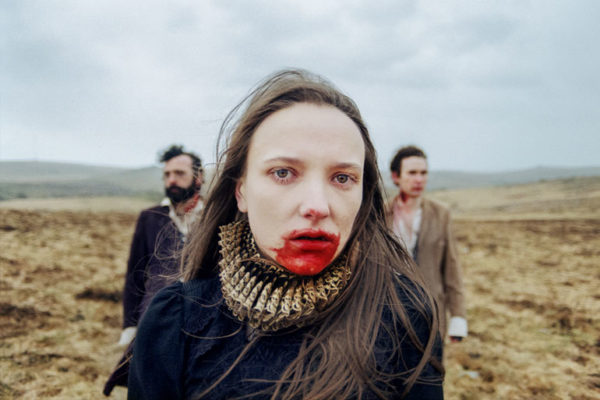 What camera did you use to shoot Rhapsody in Blood? Why did you select this camera – what in your opinion were its strengths and its challenges?

B: We used a Canon 814 autozoom electronic. It seemed like a good fit with a zoom lens of a decent range which was very fast wide open at f1.4. We know we wanted to use crash zooms and slow zooms so the option to zoom manually or with a motor was a great fit. A great camera which cooperated through out! 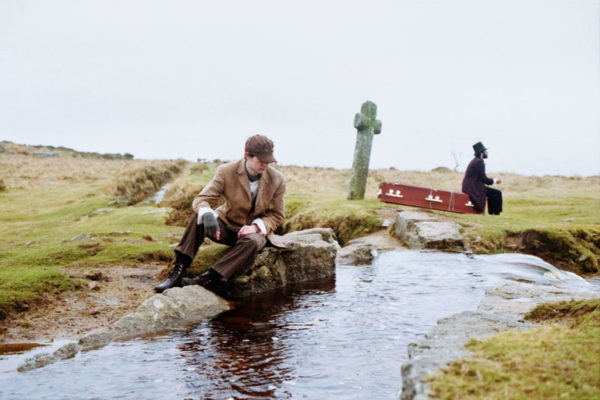 What brand of film did you use, and why? What was the motivation to use color film as opposed to black and white? Relatedly, were there particular films that were a visual reference for you and the director?

B: We used Kodak 50D. The competition only allowed colour negative film, and since we were shooting outside in fairly decent natural light. 50D was by far the best option available. Had there not been this restriction, we would have probably shot a black and white stock to better fit the subject matter of the story.

How did you hear about the Straight 8 festival?

T: I had seen an entry the previous year from someone who lived locally to me. It looked like an exciting challenge and a quick and dirty way of scratching my motion picture film itch. I also loved the idea of limiting myself to one take; this was a good challenge to prove to myself that the luxury of digital's endless takes was actually more of a burden, and really allowed me to focus my energy into how the shots would cut together whilst shooting. 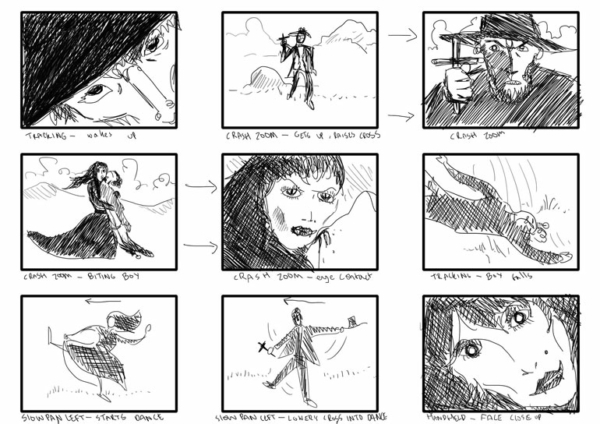 How challenging were the restrictions put in place by the festival such as limiting the volume of film to one cartridge and in-camera editing? Did these restrictions alter your approach to the project? Did you and the director spend more time on pre-production and storyboarding than you might have without this criteria? How many hours would you say were spent in pre-production, specifically planning shots and in-camera effects?

B: The greatest challenge by far of the restrictions was the need to edit in camera. This definitely increased the pre-production time where we very carefully considered how long each shot would be and where the motivation for cuts would lie. That said, overall the shooting time was probably far less than if this restriction wasn't in place, since we couldn't do multiple takes of any shot. We were able to minimize errors by running through each shot once or twice without actually running the film, and once happy we would begin the final take. The impact has been to give us confidence in choosing film formats for longer form projects, knowing that with care and preparation we can get things right on the first take.

Rhapsody in Blood is just over 3 minutes in length. How long did it take to shoot?

T: Two days, but at the time it felt like two decades. We were up high on Dartmoor (Devon, UK) with very unpredictable weather - amazing for the footage but terrible for my freezing toes. We actually shot this over consecutive weekends during a week-long storm... Our second day was cancelled due to dangerous weather, and the other two days were still pretty grim. But I love the atmosphere it created in the film. 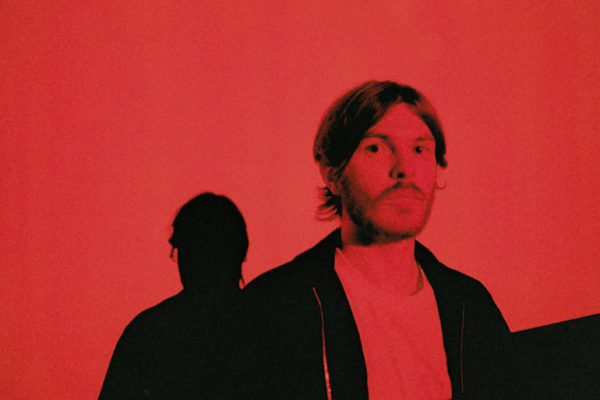 above: Tommy Gillard - director of Rhapsody in Blood

How did you achieve the vignette effects, and what was the motivation for this?

B: I would love to claim this was a very carefully considered effect, but was in fact a cereal packet painted black with a hole cut into it... An unintended consequence of using super 8 is the lack of a depth of field preview, this meant that once stopped down it revealed the less than perfect shape of the hole, leading to quite a jagged shape to the vignettes on the final image. Which I think actually added something stranger and more interesting than if they had been perfect. The idea was to nod to silent era horror like Nosferatu which used vignettes.

Now that Rhapsody in Blood is complete, do you have plans to shoot new features or shorts using analog technology? Can you share any future projects or plans with us?

T: We'd love to shoot everything analogue if we could. Boris got me head-over-heels for 16mm and so that's what we want to explore more; we're actually developing a longer reworked version of Rhapsody in Blood which we'll shoot Super 16 monochrome. But up next we're making a comedy about masculinity inside a badminton club, and a claustrophobic mixed format film which Boris is directing.

Thanks again for sharing your experience and tips with us, we look forward to keeping track of your work moving forward!