HomeAll PostsContentReal FujiFilm at Un-Real Prices In The FPP...

Real FujiFilm at Un-Real Prices In The FPP On-Line Store!

The Film Photography Project answered the call of many podcast listeners in the year 2011 when we opened our on-line store! Since then, the FPP has become "the" resource for not only the best, fresh film at the lowest cost but also for purchasing hard-to-find expired film. What makes us different is that The FPP Gang (errr, the Podcast Group) tests ALL of the films that are sold in the store. So, not only can you read about all the great films, but also see examples! Marvelous! 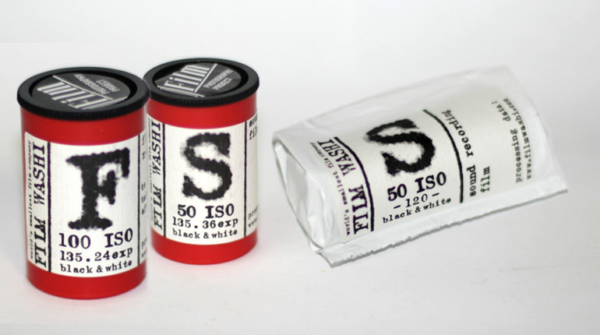 I'm the first to admit it, The FPP is "Kodak-Centric". Chalk it up to upbringing. Myself, Leslie, John and the rest of the gang grew up in the decades where the only film on the shelf at your local pharmacy (yup, the drug store is where you went to buy film) was Kodak brand film. Truth be told, we all shoot Fujifilm too - it's a wonderful brand that delivers consistent quality and reliable results. You just feel confident when loading it into your camera.  And what better time than now to show FujiFilm some love?  Check out what we have available at awesome prices below!

FUJICOLOR SUPERIA 200 is a C-41 daylight color negative film with an ISO speed rating of 200, and you don't need color-compensating filters when using it in daylight conditions or with an electronic flash. We have a large batch of 24 exposure 12/ 2019 exp rolls to feed your camera.
Single Rolls $3.99 each!
BIG 50 Roll Box - Buy the 50 count box and get each roll for $2.99 each!

What, what's this? Fuji IT-N!? But what is it? A unique super low-speed film that is recommended for landscapes but works well for portraits, too! When processing it's standard C-41. Give it a try! Read more about IT-N! 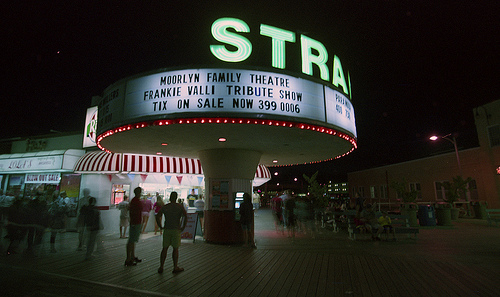 Night shot using the ISO 6(!) Fuji IT-N by yours truly!

A hand-rolled film sold in 24 exposure rolls that has been cold-stored since it expired in 2012. Suited to a wide range of applications, such as product, landscape, nature and fashion photography as well as portraiture. We're offering rolls at a Chrome-Tastic price HERE.

Only six 10-sheet packs of 1998 expired Fuji Astia 100 color slide film left! This is a professional-quality, medium-speed, daylight-type color reversal film with ultrafine grain (RMS : 7), subdued color reproduction and the softest tone reproduction among the 100F films. I personally batch-tested this film using the Cameradactyl 4x5 camera. Due to its age you will get some intense color shifts (which I corrected using DaVinci Resolve color grading software). We've priced these sheets to move! Check it out HERE. 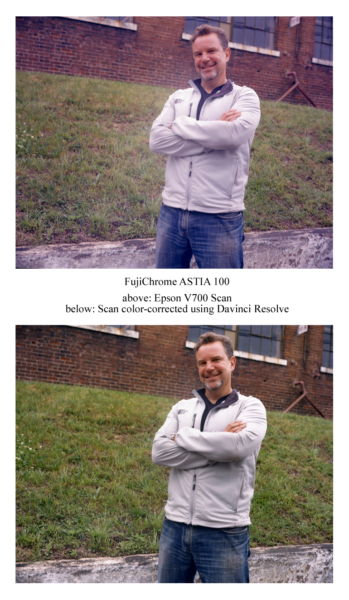 We thank our friends at TheDarkroom.com for finding this film for us - the Advanced Photo System (APS) is a defunct film that is beloved by a handful of dedicated APS shooters, and we're thrilled to make this expired film available!  It's year 2000 expired, and as with all expired films results will vary. The Darkroom will develop/scan APS film (as well as every other film listed in this blog)! Visit the FPP APS Film page!

Don't know what APS film is? Check out the APS Wiki Page! Recommended camera - the Canon EOS ix7 (it will accept all of your Canon EOS film lenses!)

If you'd like to receive news from The FPP as an e-mail newsletter, please sign up at the main page - https://filmphotographyproject.com/

About Michael Raso - In 2009, Michael’s enthusiasm for traditional film photography inspired him to found the Film Photography Project and its fortnightly internet radio show, the Film Photography Podcast (FPP).  Today, the FPP and its instructional videos, exclusive products and Walking Workshops have converted photographers around the globe to the joys of film photography.  And most rewardingly, the FPP’s popular Camera Donation Program continues to place analog cameras, film and lenses into the hands of kids and instructors world-wide.